1. Jhumpa Lahiri: Is better known as the author of the book ‘The Namesake’. Her first book – ‘Interpreter of Maladies’, fetched her the Pulitzer Prize for Fiction! Now, that’s how prolific a writer she actually is!

2. Malala Yousafzai: Malala Yousafzai, mononymously known as Malala, is a Pakistani activist for female education. She is also the youngest person to ever receive the Nobel Peace Prize. In her honour, The United Nations has named July 12th as “World Malala Day.”
An asteroid, 2010 ML48, was officially named “316201 Malala” after her.

3. J.K. Rowling: Her real name is Joanne Rowling, however one of her publishers didn’t think that a book by a woman would appeal to the target audience of young boys and therefore suggested that she go by two initials to hide her gender. Joanne Rowling then took to her grandmother’s name Kathleen and used it as her middle name thus J.K. Rowling. Her net worth is estimated to be around $1 billion, making her the richest author in the world however, she dropped her status as a billionaire when she donated most of her money for a noble cause.

4. Arundhati Roy: The writer of ‘The God of Small Things’. This novel helped win the Man Booker Prize for Fiction in 1997 and became the biggest-selling book by a non-expatriate Indian author! Whilst Arundhati was criticised for her contextual description of sexuality, it is now a part of curriculum at various colleges and universities.

5. Twinkle Khanna: The Author of ‘Mrs. Funnybones’, sold over one hundred thousand copies in 2015 thereby making her India’s highest-selling female writer! Her second book, The Legend of Lakshmi Prasad, also went on to sell over 100,000 copies in 2017. She is best known for her sarcastic and funny approach to reality.

6. Emily Bronte: Emily Bronte was one of the three sisters and was an English novelist and poet who rode to fame with a single novel, ‘Wuthering Heights’ (1847). This is a highly imaginative work of passion and hate set on the Yorkshire moors. Whilst it received terrible reviews initially, it is considered as one of the finest novels in the English language and is also is part of the English Curriculum in various schools across the globe today.

7. Anita Nair: A collection of short stories called ‘Satyr of the Subway’ was written by Anita whilst she was working with an advertising agency in Bangalore. This book won her a fellowship from the Virginia Center for Creative Arts. And her second book was published by Penguin India and was the first book by an Indian author to be published by Picador USA!

8. Anita Desai: As a writer she has been shortlisted for the Booker Prize three times.

9. Shobha De: In the beginning of her career, she worked as a model and made a name for herself. Thereafter, she thought of changing her profession. Then, she pursued her career in Journalism. She brought out three magazines namely Stardust, Society, and Celebrity.

10. Sarojini Naidu: Sarojini Naidu began writing at the age of twelve. She was the first woman to become the governor of an Indian state and president of the Indian National Congress.
She was fondly known as ‘The Nightingale of India.’ Sarojini Naidu also led an active literary life and attracted notable Indian intellectuals under her stride. 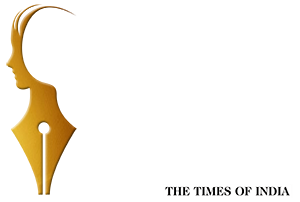 If you have any query feel free to contact us:
autherawards@c2cm.com
jkpaper.autherawards@timesgroup.com
9717211060